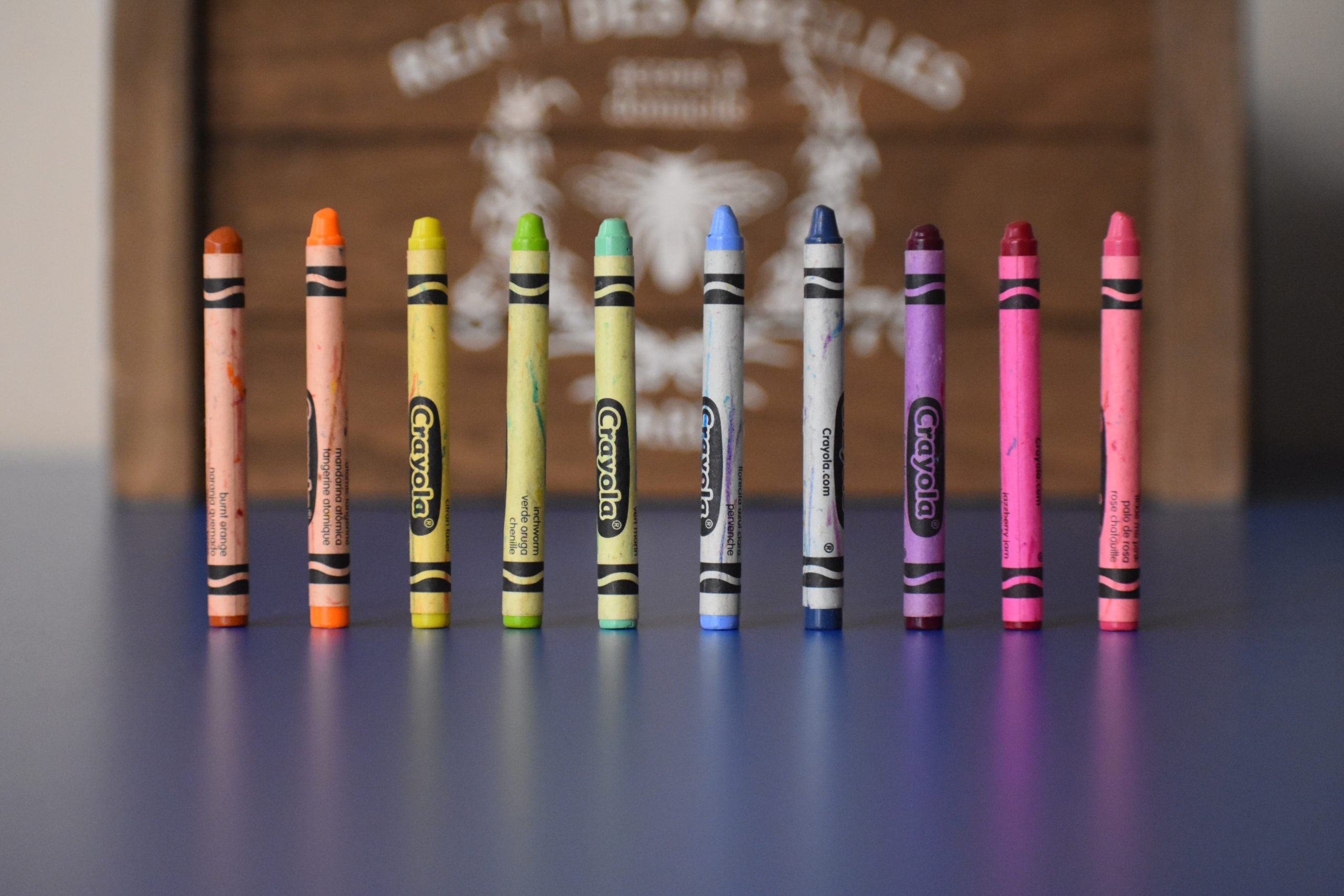 Today’s lesson is on what we mean by #DefundThePolice and #AbolishThePolice(lots of looking at pictures!)

Before we begin, I want you to take a moment to enter into the space of imagination. So pause, for a moment, and open your mind to the possibility – the possibility of a world in which we would be communal with one another, a world that isn’t dominated by individualism and every man for themselves “dog eat dog” mentality, a world that isn’t about stepping on the little person in order to get to the top and acquire all the wealth. Let’s take a moment to do an imagination exercise.Okay, now I want you to read through the pics that share some alternative ideas to how we could interact, regulate, assist, and help each other out in our communities (pics 1-10, the colorful ones).

Take a moment to imagine… 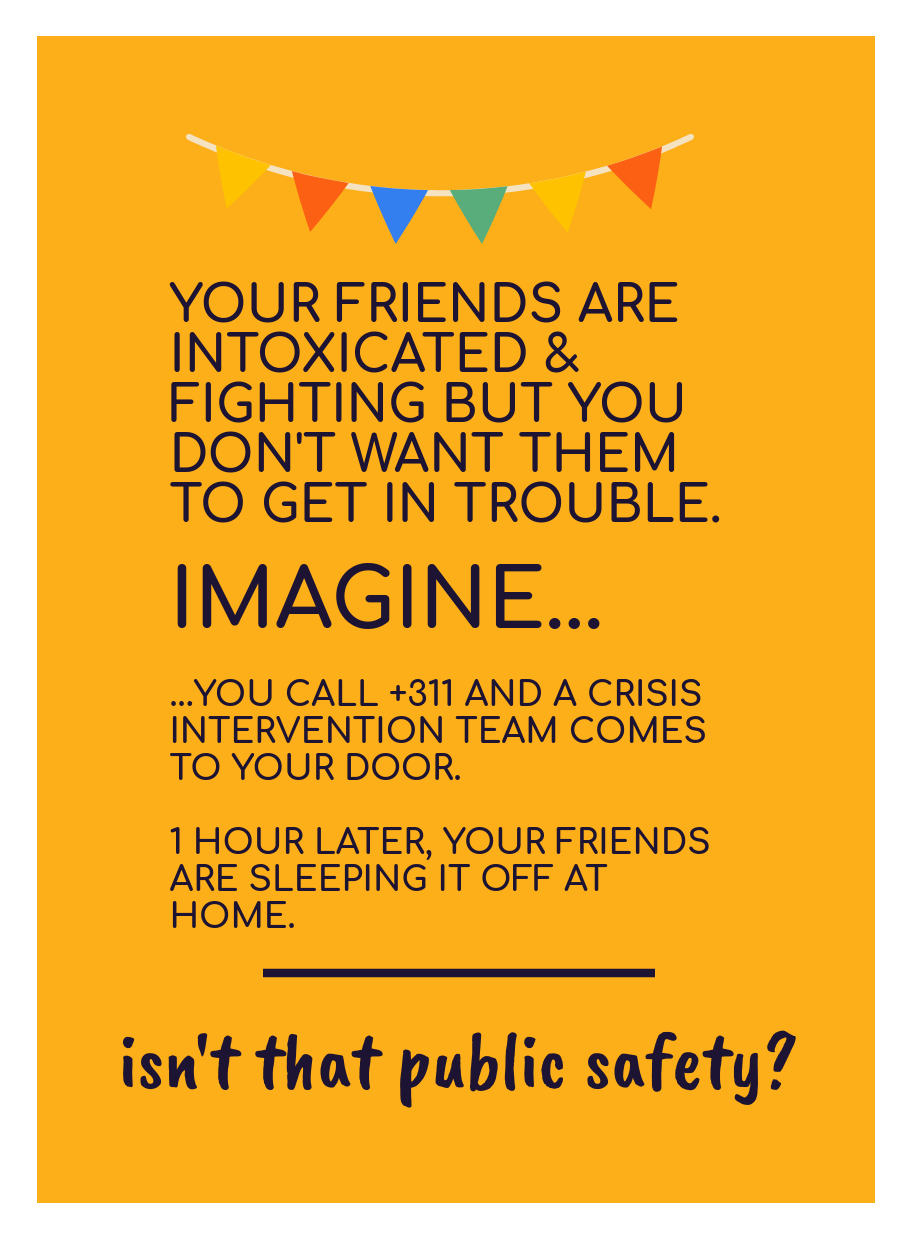 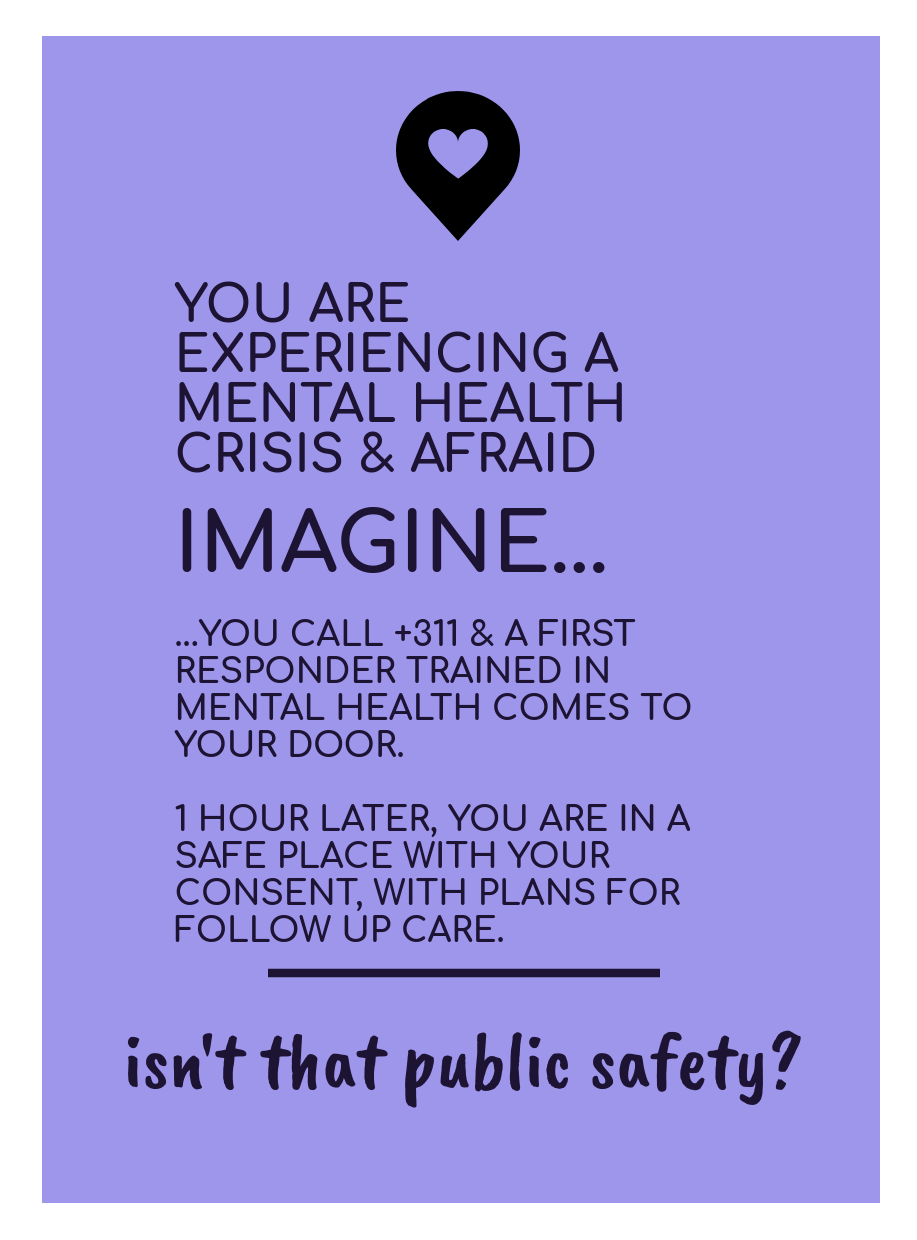 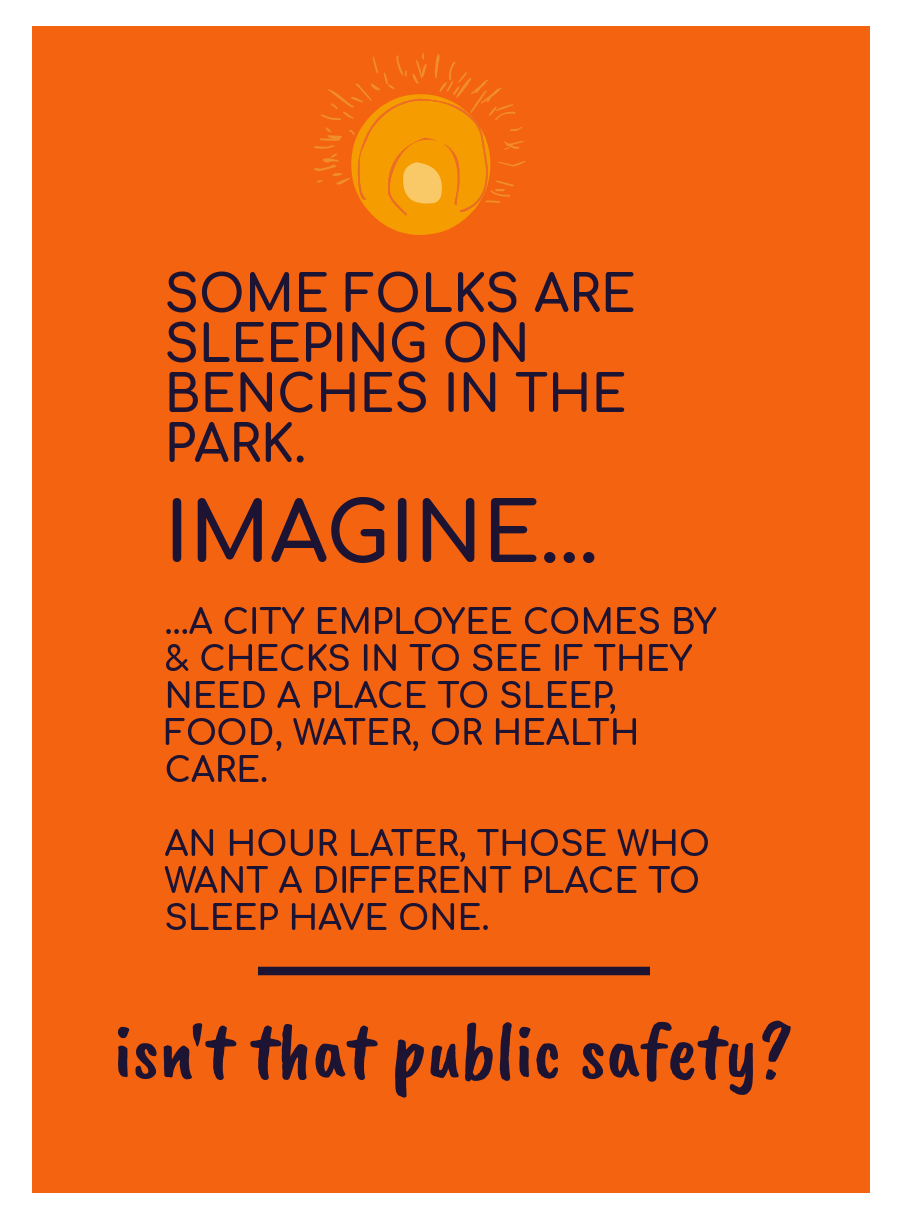 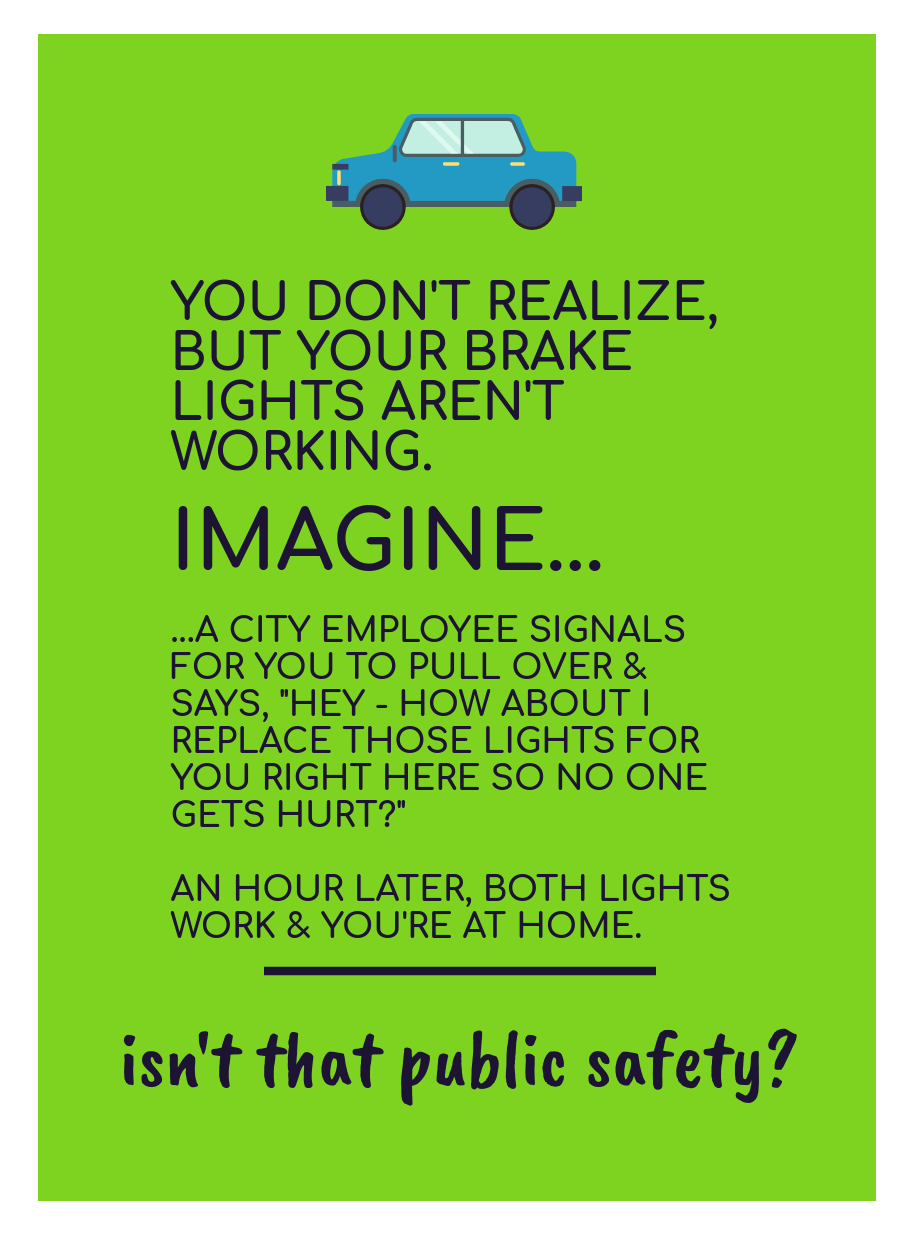 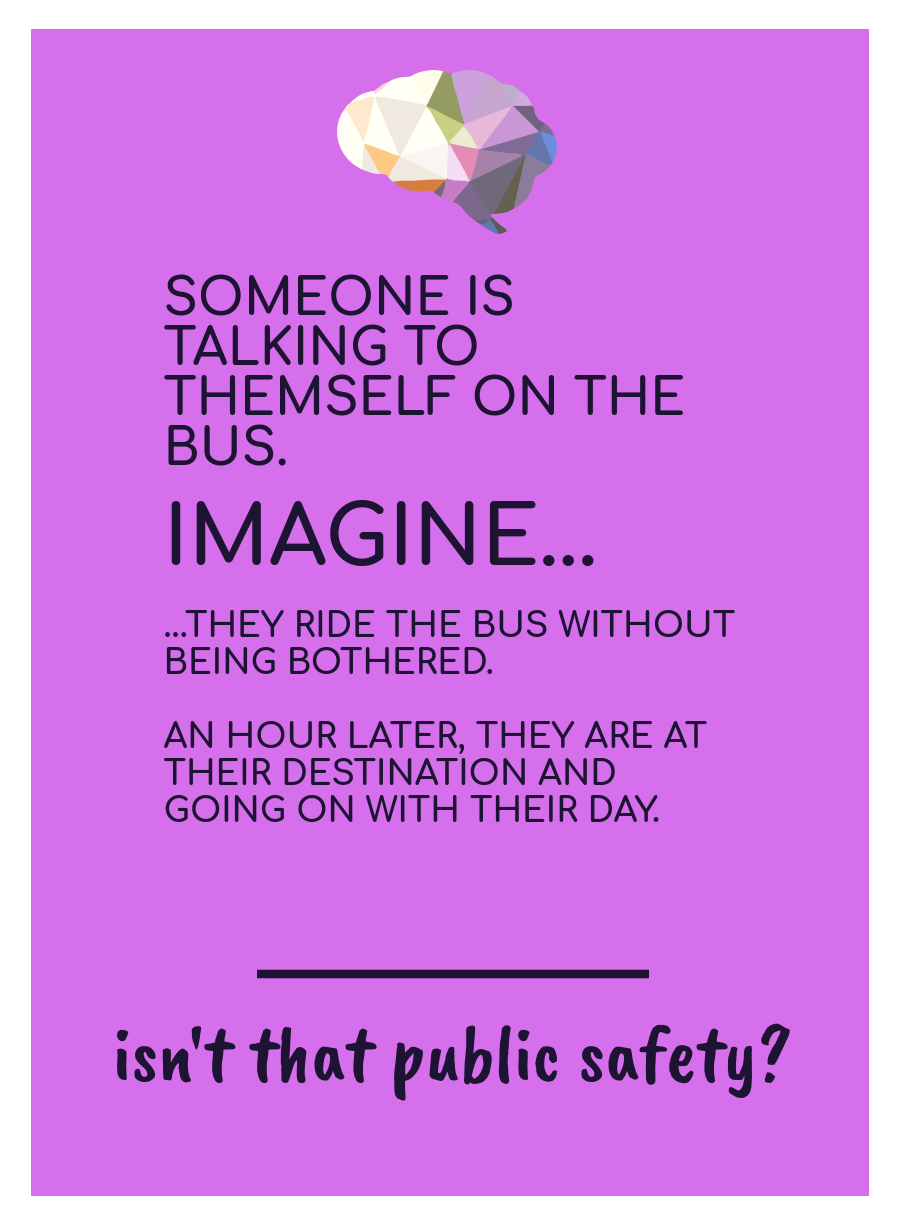 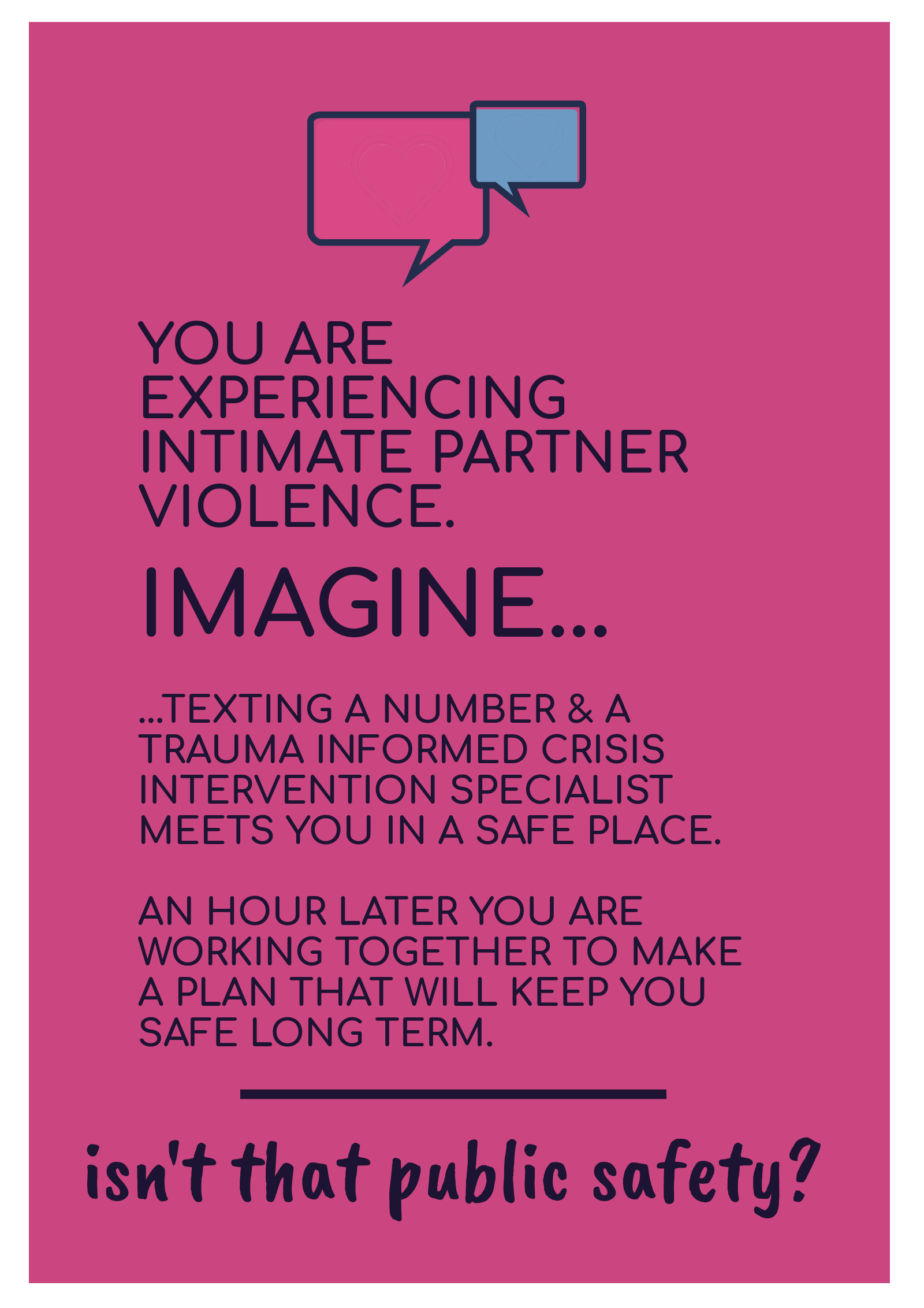 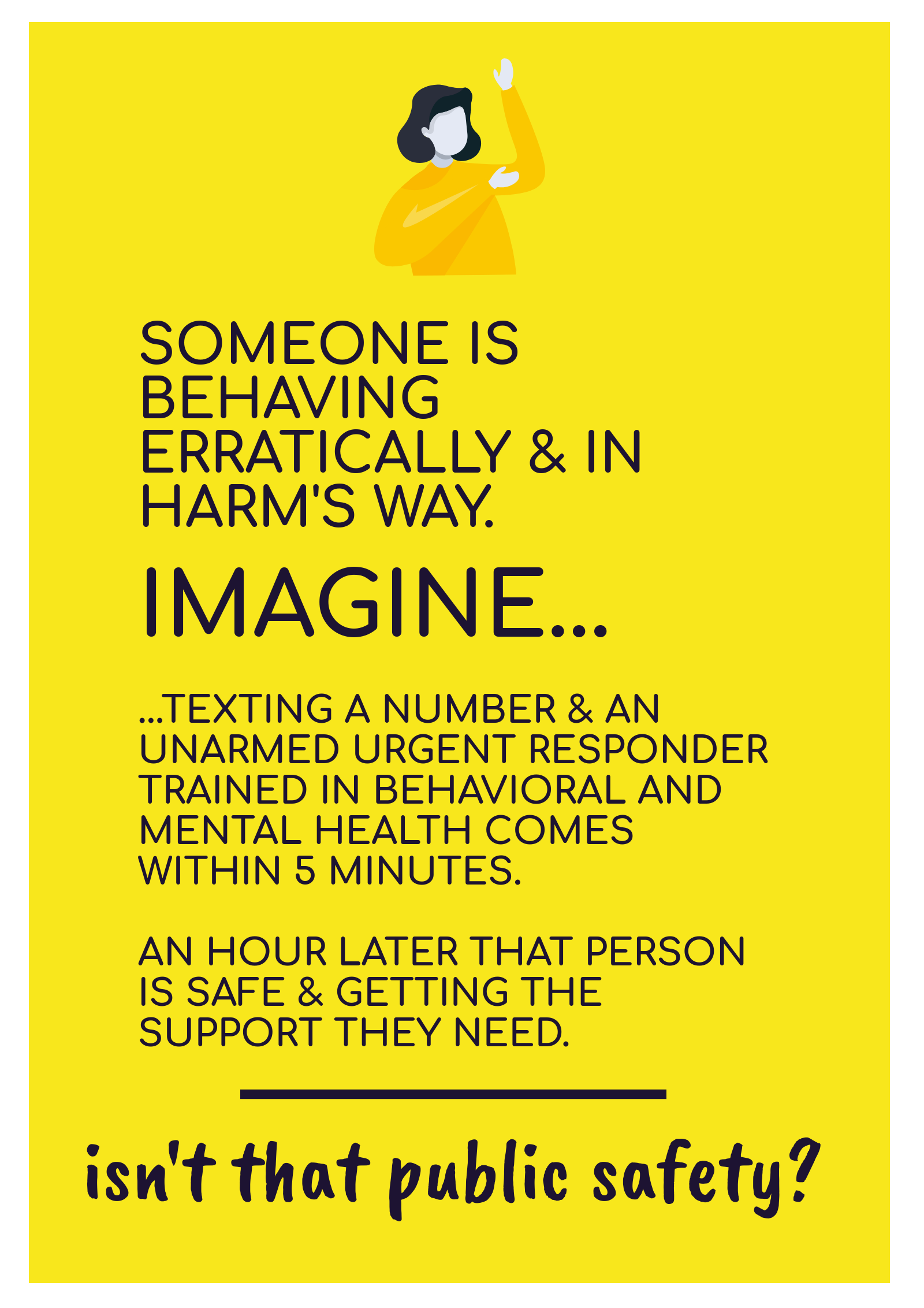 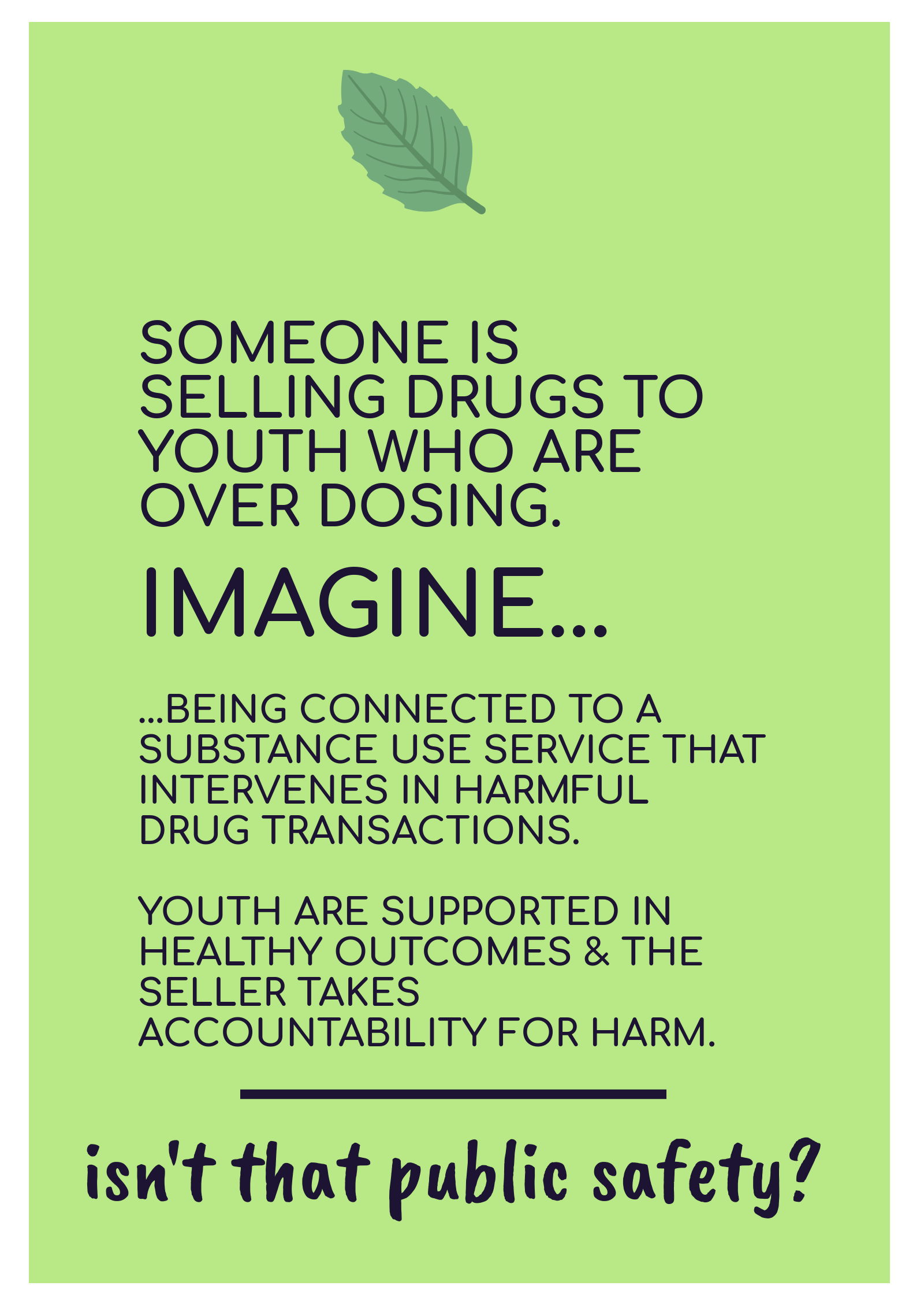 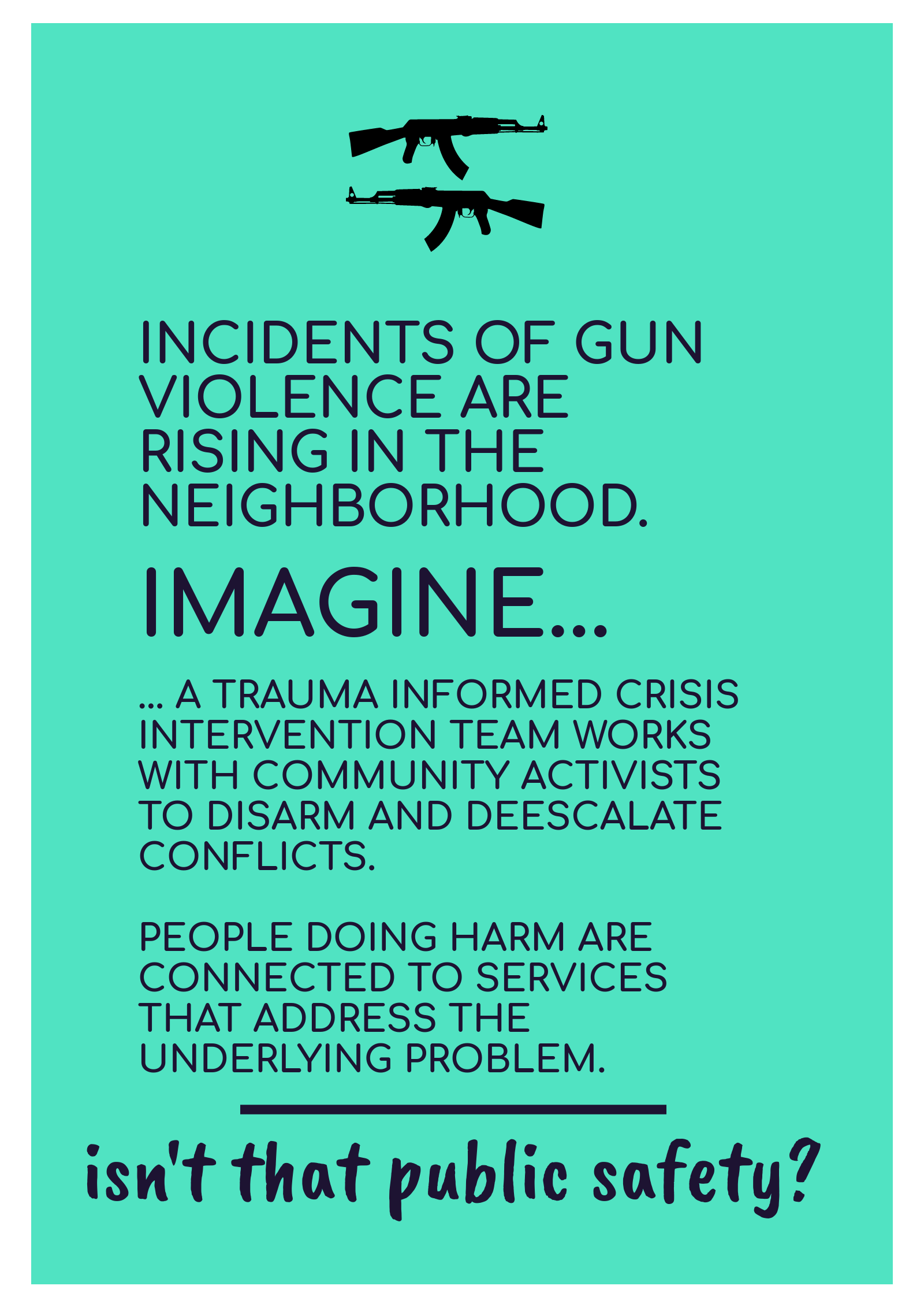 ***Pause… breathe, unclench, let go of fear, let go of the notion that the world will collapse***

Perhaps you think this is way too idealistic and unattainable. Perhaps you think this because the only world we’ve ever known in the last 100 years has been one in which the police have been increasingly militarized. Perhaps we can’t imagine a world that would be like this because we’ve bought into the individualism that says, “this isn’t my problem, I obey the rules, I don’t have mental health issues, I don’t get caught, I’m not black and therefore police don’t target me so make cops take care of ‘these people.'”

But again, this is an imagination challenge because haven’t we been told time and again in leadership exercises that vision and mission are the way to change the world? Isn’t vision and mission obtained by the exercise of first imagining something better?

So after you’ve sat in this time of imagining (again, don’t forget to breathe, unclench, let go of fear, let go of the notion that the world will collapse), take some time to read this excerpt from Bridget Eileen Rivera, a brilliant thought leader who’s giving us free education on what defunding would actually mean.

Do you or somebody you know think that the movement to “abolish the police” is unrealistic? It might be because you haven’t taken the time to understand what it means, the reasons for it, and why it actually makes a lot of sense.

Abolishing the police isn’t about establishing some kind of free-for-all utopia where everybody polices themselves and you just hope that nobody decides to police themselves into robbing you or killing you.

It’s about recognizing that we have taken almost every single one of our country’s most pressing social issues and handed them over to the police to fix with guns and handcuffs and charges and prison.

Our cities face a housing crisis. So instead of figuring out a way to provide affordable housing, which seriously shouldn’t be that complicated for the richest country in the world to figure out, we criminalize homelessness and send in the police to make arrests.

Our public education system is failing communities of color and students in poverty. So instead of funding schools better, paying teachers more, and reducing classroom size, we send the police to patrol public school entryways and hallways and funnel kids into juvie.

We live in a country where millions of *hard working* people don’t make a living wage and thus resort to desperate measures to feed their families. But instead of addressing rampant wealth inequalities and fixing the issues that cause them, we send the police.

We live in a country where 1 mistake could get you branded as a felon & permanently relegated to an underclass where you can’t find work, can’t vote, & where police control every aspect of your life & if you mess up even once by, say, forgetting to “call in” you go back to jail.

Abolishing the police is about recognizing that if we took away from the police every single public issue that they should have never been given to fix in the first place, the police would literally be redundant because we’ve turned them into “social workers” with guns.

It’s about recognizing that we can’t imagine a world where we actually take care of our social ills instead of policing them and that it’s time for this to change.

It’s about recognizing that we’ve used the police as a cover for rampant racial and economic inequalities that our country is unwilling to fix and that the ones who have paid the price for this most dearly are black people, whose communities are policed into oblivion.

It’s not about establishing some kind of unrealistic utopia where everybody just magically gets along. A just and free society will still have people who break the law, who kill, who steal. But a just and free society should also know how to respond to these problems proactively and restoratively, instead of just policing them.

And finally, abolishing the police is NOT about hating cops. Any police officer whose taken time to honestly & critically reflect upon his own frustrations with his own job *knows* that this country expects police to be social workers with guns and *that this is wrong.*

Abolition works under the premise that we don’t need police to keep us safe. We need *other things* to keep us safe. People raise an eyebrow at this idea. But consider that violent crime overwhelmingly afflicts poor communities, not wealthy. This is because most people don’t resort to violence if their needs are actually met.

Most importantly, police abolition is fundamentally different than police reform. Police reform has largely failed because it tries to tweak and change a corrupt system. Abolition is about working to dismantle the police state and replace it with new systems that rely upon better practices. That doesn’t mean it should happen overnight. But it *is* something we should work towards achieving.

Finally, abolition doesn’t work if you just get rid of the police. Abolition is fundamentally about building and creating *new* systems that we *know* are more effective at keeping our communities safe but which the U.S. has been unwilling to invest in.

You don’t have to agree with #AbolishThePolice but at least give it enough respect to understand what it means. And if you do support abolishing the police, educate yourself on why this is reasonable and what that could look like so you can represent the movement well.

I’d suggest starting with this book by Alex Vitale, The End of Policing. It’s worth a read.
Or listen to this interview with Mariame Kaba, who is at the forefront of abolitionist thought.
Here’s an article with links to abolitionist resources that is another entryway to understanding the conversations taking place.
And more info, from the Marshall Project.
And a resource guide with tons of links to help you do your own research.
Re-posted with permission from Bridget Eileen Rivera.

Let’s stop just singing the song “Imagine” and instead let’s actually make it the world we want to have. We’ve begun to see the changes already, let’s keep going. We can really make America great for the first time, for everyone, together.

Below are the links Bridget refers to in her tweets. Read through each one of them. Get educated. Let’s dream of another world together. To quote Andre Henry (have you bought his t-shirt yet?? You must) – it doesn’t have to be this way.

The Marshall Project
Chicago Reader Guide to Police Abolition
The End of Policing
Why Objections to Defunding Police Are Racist
Cities Ask If It’s Time to Defund the Police and Reimagine Public Safety
What is the Prison Industrial Complex (PIC)?
AirGo Radio with Mariame Kaba
All public safety posters provided by @conflicttransformation. Read and get more information in this article on Medium.
The Abolitionist Reformed Chart is provided by Critical Resistance at http://criticalresistance.org/abolish-policing/.
And a live illustration from @Propaganda for what defunding police would look like when we spread the wealth – cheerios version!
Read about how Camden, NJ successfully abolished and rebuilt their police department from the ground up. It’s possible. We can do this – https://bloom.bg/2Z9mqDo