After the video of George Floyd’s lynching was released and communities began to assemble in protest, a very well-known pastor of a church made a post that many of his congregants and followers, who’re all mostly white, responded to positively with a majority number of comments that the post was “super profound” and “such a blessing.”

In actuality, it was offensive, harmful, and straight-up disgusting. The post was self-centering, white-centering, white-savior, you name it and it checked it. THEN a day later, a different white pastor, someone who has a history of silencing people of color in his own church and shutting down their racial reconciliation program years before because a couple of white people were offended by it, also made a video with what can only be described as an extremely generic, watered down, G-rated message about his feelings of sadness with all that was happening in regards to George Floyd (please read about it here – https://bit.ly/36WKRYg). Following this, a third very prominent white pastor, Louie Giglio, attempted to have a conversation with Chick-Fil-A CEO, Dan Cathy, and hip hop Christian artist Lecrae Moore, and in the process, instead of growing and leaning into the difficult conversation about anti-racism, chose to ease the discomfort of white people and shift the term white privilege to “white blessing,” claiming the concept of white privilege was too much to stomach for white people and since they’re so resistant to it, perhaps we should change it to “white blessing” since white people have, in fact, benefited so greatly from slavery.

Yep, he did say that. Yep, it’s really, really gross. But analyzing the grossness of what Louie Giglio said is for a different time.

What I do want to talk about is how white leaders are failing immensely when it comes to handling racial equity, justice, conciliation, and anti-racist work. And they’re still unwilling to do the difficult work of listening and learning, and in their desperate race to stay relevant, are offensively and disgustingly missing the mark.

These three white pastors aren’t the only examples. There have been plenty of posts popping up everywhere from many white Christian thought leaders of organizations and churches that have had similar messaging. 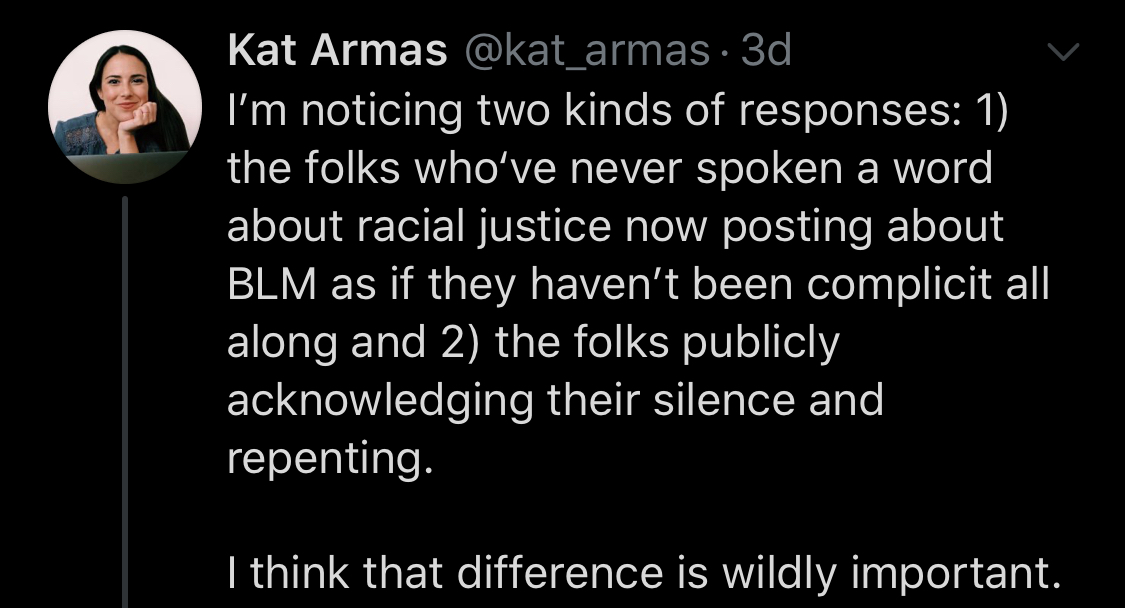 Everyone, I am tired.

I’m tired of seeing the Evangelical church, whose track record has been to vote in a racist, sexist, prejudice, immature, sexually assaulting, violence threatening, con artist man-child into the White House, continue to think any of what they’re presenting is okay.
I’m tired of the evangelical church and its continual violations against BIPoC as it uses us for photo ops, donor letters, book sales, email lists, and likes.
I’m tired of seeing the Evangelical church focusing and obsessing on how saying the word fuck is more offensive than black people systemically being lynched in the streets by police.
And mostly, I am tired of white Christian leaders doing the lowest amount of effort and the least risk possible in order to put their best PR foot forward yet getting all the accolades, when black indigenous people of color are doing all the heavy lifting, sweating, and laboring with practically zero recognition, and continually getting used for their free labor.

And I don’t say any of this in bitterness. I don’t post this to be vindictive. It makes no difference to me if these leaders want to keep going the way they are because, at the end of the day, research doesn’t lie – kids aren’t interested in this kind of weak-ass Christianity anymore. And in all honesty, if this kind of white evangelicalism dies out, it’s no loss to us as a community. Because generic, capitalistic, watered down, G-rated Jesus is worthless. No. It’s offensive. It’s the kind of Christianity that got someone really well-known throwing tables over in the temple.

I’m tired of the evangelical church and its continual violations against BIPoC as it uses us for photo ops, donor letters, book sales, email lists, and likes.

I do write this, though, because of several reasons:
1) I believe in the church and do love the church. The church is a powerful place of community, support, action, and movement. The church is a place where those who are lost come to be found. The church is the place where the least, last, and lost find freedom, redemption, family, and power. At least it’s supposed to be. And I know of many leaders who are doing amazing work on the ground – who are standing in the gap for those being locked up in cages, advocating for LGBTQIA communities, marching with black people for the rightful value and worth they are owed. I am honored to know these leaders. Yet so many of us are still allured by the shiny capitalistic presentation shoved down our throats.
2) I want to challenge you, as readers and people who believe in God, Jesus, a higher being, etc to be better thinkers. To be more critical in your faith and awareness and to stop being impressed with generic bullshit being fed to you in pretty calligraphy or worthless empty words. We have an obligation to the One whom we believe died and rose again for the sake of the world to show us what love and mercy and POWER looks like when we truly begin to live for and with one another. STOP thinking generic messages are profound and deep when in actuality they’re numbing and pathetic. We can do and be better than this.
3) I had a profound discussion with some brilliant friends (I truly am so blessed and honored) about what actual allyship looks like because it’s 2020 and we’re done with the “bullshittery pretend to be an ally but in actuality, it’s to make yourself look better” allyship. We don’t need you to be a proximate supporter. What we need is for you to embody your standing with us – as my friend called it: embodied solidarity.
What does this mean? It means risk. You know what the major problem is with ALL these white organizations, churches, leaders, and corporations and their “statements?” They’re empty. They mean nothing. Because there is ZERO RISK. They do a risk assessment and use the safest possible words, lowest possible effort, and zero action. There is no financial or reputational risk. The statements are actually all created for their benefit – so they can look good to the world. It’s fake because it’s nothing. And for June of 2020? It’s no longer acceptable. So if you see your leader or people you look up to say something about support, try to really understand what they’re saying. Ask yourself about them – what are they risking? In what way are they embodying solidarity? What action steps are they actually going to take? Who are they going to financially support? Or is all this to elevate and amplify themselves, their own causes, and their own agendas?
4) White leaders – I say this because in all honesty, I believe you could and should do better. You have position, power, and privilege and most importantly you have access and influence with the very people who NEED to hear, learn, and be educated. But how can they when you aren’t learning, and how can they when you refuse to take the risk to speak and live out truth?? So do better. BE BETTER.

People often say to me that what I post is so refreshing because it’s the thing that everyone’s thinking but no one risks saying. But do you understand what that means? It means I’m willing to risk my safety, my security, my reputation, my future business, my relationships, especially as a woman of color. Because fighting for what’s right – the right for black sisters and brothers to not be murdered in the street, the right for indigenous people to have ownership of the land that is theirs, the right for queer and trans folks to be in loving relationships and families, the right for immigrants to strive for a better life without the threat of their family and children being locked in cages – it takes risk. So enough with the empty words.

White leaders: What are YOU willing to risk for the sake of your brethren? What are YOU prepared to do? Because to use the words from Andy’s post – we DON’T accept anything less. 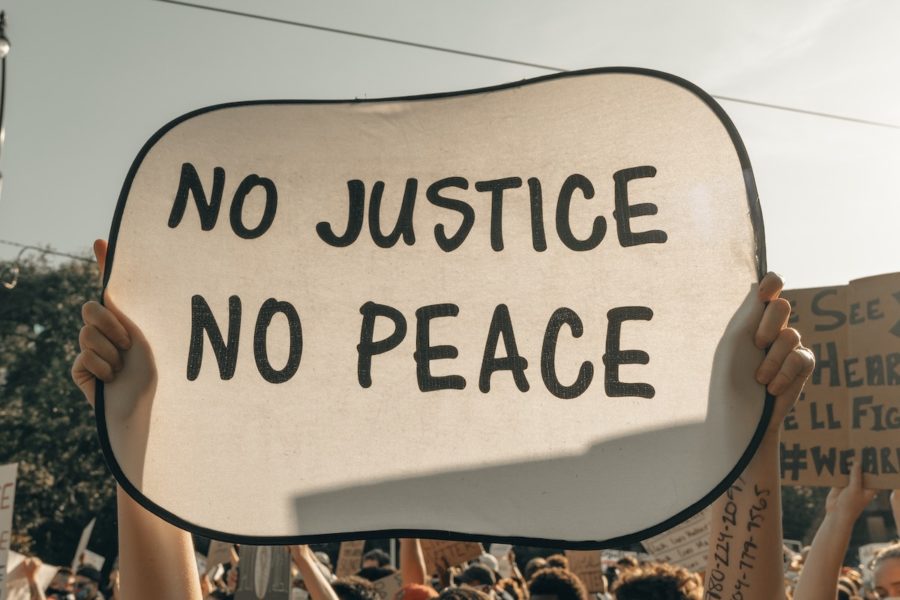 What’re You Prepared To Do? 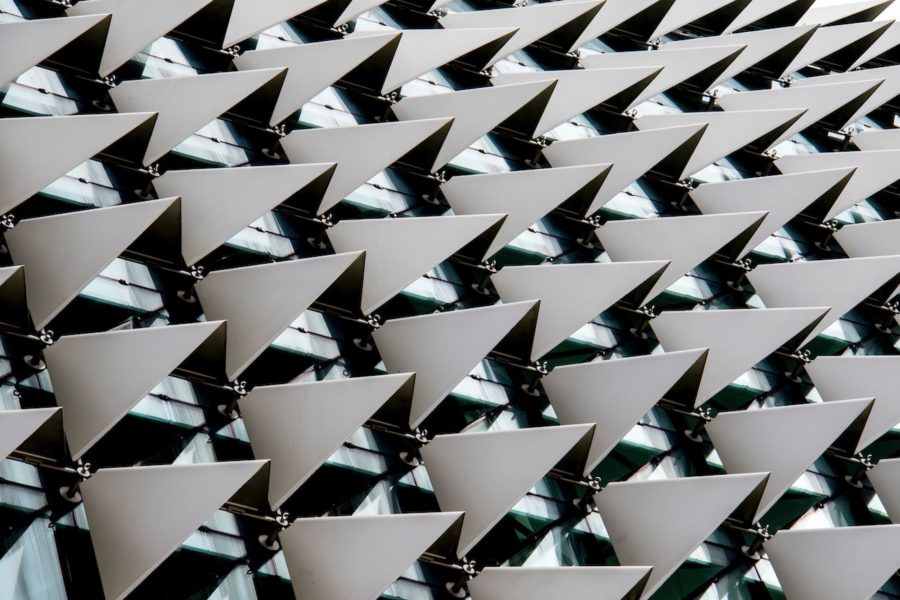 You’re on Repeat and It’s Not a Good Look